S.E.O. Black Hats and the “Blockade” of Articles 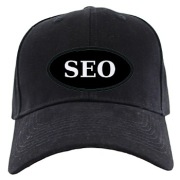 About one month ago, an article appeared on FederalJack.com about the efforts of the Cancer Industry to demonize any kind of innovation which results in a less harmful or more effective approach to treatment. The specific example discussed in the article was Lase Med, Inc. and its founder, Dr. Antonella Carpenter. FederalJack’s Popeye was invited to come on the air  the following weekend on our radio show “The Medical Conspiracy,” where we discussed the issues of the article, as well as the general reaction to it on the web, which was still fairly predictable: (1) make sure the new articles never get seen on Google, (2) try to discredit them whenever possible, and (3) make sure the old anti-Lase Med attack pages stay at the top of search rank.

As discussed in the previous article, this company is still struggling to get the attention of cancer patients with the message that they need to gather their strength and fight back when the medical establishment offers them no other choice than what is euphemistically called standard care.

They do not have to accept bodily mutilation, systemic poisoning, and extended exposure to ionizing radiation, as their only chance for survival, without a guarantee on the outcome, or information on how long such torture will have to continue. A simple and effective solution to many types of cancer, based on scientific principles, not mere empirical claims supported by pharma-funded studies and questionable one-sided statistics, would be and IS upsetting the medical industry as we know it today.

In consideration of the fact that what is generally accepted today as “care” will be labeled “inhumane” by future generations, it seems  only logical  and humanitarian to welcome into the industry any valid and effective alternative, especially one that parallels something already in use, but that has been upgraded to a much perfected level.

In fact we are treating patients with an improved form of PhotoDynamic Therapy (PDT), “improved” meaning that no drugs are required; but which is still PDT by any definition, which is fully FDA approved, and not classified as “experimental,” as is chemotherapy.

So, why is there so much vicious opposition to it? After all, PDT is used extensively in Europe (although still using drugs or nanoparticles), with ongoing research supported by private donations. But what is happening in the “land of the free?” What is happening in the good old USA, where a small company has completed all the research needed to confirm the effectiveness of a new and ingenious cancer treatment? And lest one forget, with no grants or donations, hence no burden to tax payers, and no obligations to big pharma.

What is happening on this side of the Atlantic can accurately be called a “cyber-blockade.” Webster’s Dictionary defines a blockade as:

“a measure of war involving the isolation ..of a particular area vital to the interests of an enemy, through deployment of armed forces to effectively hamper ingress and egress and harass the enemy by cutting off trades, communications and supplies.”

Now move the focus from terrestrial space to cyberspace, substitute “armed forces” with a few paid propagandists and the resources of a “black hat” SEO, and there you have the elements of the blockade against Lase Med, Inc. and myself. Evidence of it can be found on Google search of course, and on YouTube in a video created by the Lase Med webmaster, entitled “Federal Jack, Lase Med Inc., Veterans of the Google Wars”.

Even though the readers of this website are obviously more well-informed than the general public, some still may not know what a “black hat SEO” is.  A SEO is a person specialized in search engine optimization, an individual who can help a website become more visible and searchable on the web. Normally, assisting a website to improve its search ranking  is an every day honest job, but of course the skills of SEO can be subjected to dishonest practices. (Unbelievable, right?)  People involved in these dishonest practices are called “black hats” (a reference to old western movies where the good guys wear white hats and the outlaws wear black hats.)

What a black hat SEO can do (and IS now doing to Lase Med, Inc.) is to artificially alter the search ranking and bring up unrelated web sites or pages which were specifically created to harm the target with  innuendo, insults, embellishments, and fully blown fabrications; and most importantly, to effectively “recreate” search rankings that do not reflect the actual traffic of these pages. As a result, when one searches the web for that particular organization, all the competing interest’s attack pages (which in this particular case are the work of the same three hired propagandists), are dragged to the top of the SERP (search engine results page), and thereby become the apparent overwhelming  source of information for the target of the web search; in this way creating a virtual “blockade” in cyber space to sabotage the efforts of the targeted business, organization, or website.

This is what happens every day now, in spite of new articles, testimonials, patient blogs, radio interviews, etc, being posted on the web about Lase Med Inc.’s  L.I.E.S.H. Therapy.  The moment a new article or post about Lase Med Inc. rises in the search ranking because of genuine public interest, the enemy unleashes its black hat, and once again the propaganda rises to the top, even though no one has had any interest in the information on those pages for a long time, and those attack pages show no recent activity or updates.

Such was the case with the March 15, 2012 FederalJack article, in the most blatantly obvious black hat attack ever witnessed by us. The day of its release it was first spotted on page two of a Google search for search term “Antonella Carpenter PhD.” In less than 24 hours the article was on page one, then by the next morning (March 17) it had climbed to the number one search position for the same search term, as other websites, WeAreChange.org, ActivistPost.com, and various supportive blogs and social media had also reposted the article. Four to five hours after this viral article was seen in the number one position of Google search rank, it suddenly dropped like a stone to position number eleven, at the top of page two (or “no-man’s land” in SEO terms), where it remained for 11 days in the exact same position. The day the article was bumped out of position number one, it was replaced by an anti-Lase Med attack blog that has had no new activity for over two years.

Three other attack pages occupied by the same group of people have held fast on page one of SERP for over a year, for search terms “Lase Med Inc.” and “Antonella Carpenter PhD,” despite the fact that between patient-owned blogs, reblogs by supporters of Dr. Carpenter, Facebook shares, “re-tweets,” testimonials, and numerous radio interviews of former patients, both in audio archive and YouTube videos, there is today more evidence of Lase Med Inc’s cancer-killing success available on the web than there has ever been.

Most people today assume that whatever is being said on the web in individual posts and comments is more likely to be the truth than the reports from “official” news pipelines; we have all adopted buzz-words like  “MSM” and “corporate-owned-mainstream-media” to characterize their slanted version of reporting. The positive postings  discussing Lase Med, Inc. on the web, which overwhelmingly outnumber those of the attackers, are effectively drowned by the presence of this slander media in these few “enemy strongholds,” which is constantly being artificially refreshed in the searches, to make sure that the first things the public sees are the negative comments, independently of their actual number of views, or their veracity.

“This is in fact no different from a naval blockade during time of war and hostility, introduced with the intention to bring the enemy to its knees by starving it out; just as Napoleon did to the City-State of Venice, and unfortunately the motto of the ones under siege then was: ”Viva Venezia, morta di fame” (Viva Venice, starved to death). However, if we allow Lase Med, Inc. to go the way of old Venice, the public at large will be the loser; because the medical establishment’s cancer industry will have once again eliminated a major threat to its monopoly, and will have halted the progress of a more positive approach to cancer therapy whose time has come; and most distressing of all, more people will continue to suffer and die without dignity, in financial ruin, all due to the absolute power of an empire built on fear and human suffering, financed by the lucrative horrors of standard cancer care.”

← Sick Care for Everyone?
COINTELPRO Tactics and the Attempts to Neutralize Dr. Carpenter, with special guest Barbara Hartwell. →

One comment on “S.E.O. Black Hats and the “Blockade” of Articles” 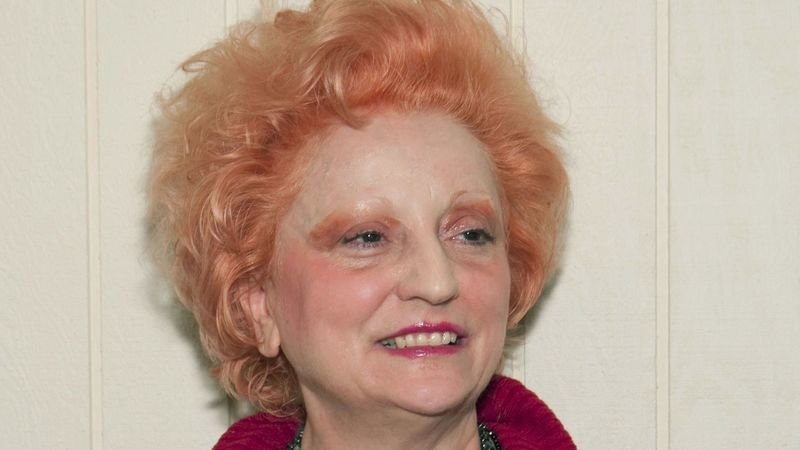 An organized blogging team is following Dr. Carpenter, as they have been doing on search engines since 2010. Reader beware.